The Ultimate Guide to Red Flowers

Want to know everything there is to know about red flowers? Well look no further. We've created a red hot flower guide for you (prepare for lots of red puns). You'll find everything you need to know about red flowers – their meanings, types, tall ones, small ones, red wildflowers through to cut flowers through to striking plants. Red-y? Let’s get started.

The red flowers of a poinsettia aren’t flowers at all

Those vibrant plants we all love at Christmas are known for their bright red flowers aren’t they? Well technically poinsettia are ‘brachts’ which are a kind of leaf. So while they might look as pretty as petals, they’re not!

Red is sometimes a warning

Nature can handily mark things out when they’re poisonous (dart frogs for example). Amaryllis is a good example, all parts of this vibrant red flower are toxic, so though it might look good enough to eat – don’t! But the amaryllis has other hidden depths too, some chemicals in the plant have been found to help with memory loss and scientists have done studies into its effect on Alzheimer’s.

When are red flowers in season? 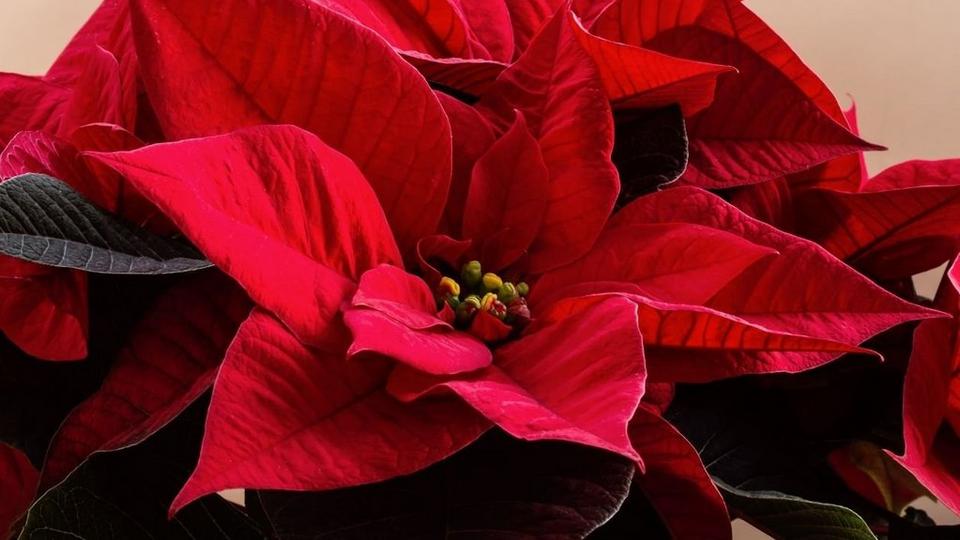 Here are some of our sumptuously scarlet favourites.

The large, funnel shaped flowers make a bold statement at Christmas time - Season: winter (although this is because they’re trained to bloom for then) - Fun fact: the bigger the amaryllis bulb, the bigger the blooms - Florist top tip: use a sharp clean knife to trim the bottom of the stem off, do it at an angle and this should help the flower take up water in the vase.

Delicate four-petalled flowers symbolising remembrance - Season: summer through to spring - Fun fact: they found clothes made from poppies in King Tutankhamun’s tomb - Florist top tip: leave these in the ground if you can, they look beautiful and they’re good for our bees.

More than just flower fillers, chrysanthemums have single or double flowers blooming from one branching stem - Season: summer - Fun fact: the existence of ‘mums’ was first recorded in writing over 3000 years ago! - Florist top tip: keep your cut chrysanthemums away from fruit, some of the chemicals the fruit give off as the ripen can shorten the lifespan of your lovely red blooms. 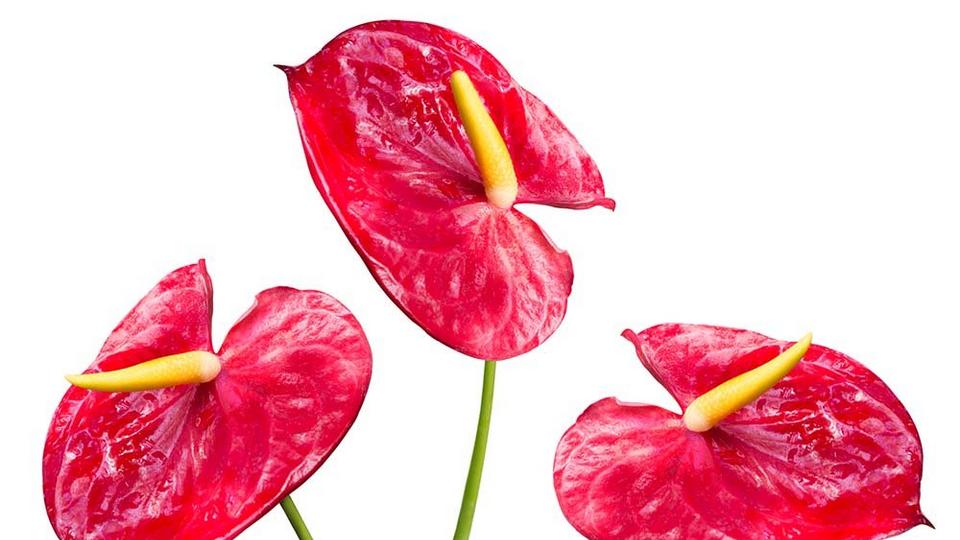 Waxy, heart-shaped, and bright red – anthuriums make a real statement - Season: flowers year round in cycles - Fun fact: those red flowers aren’t flowers at all, they’re ‘spathes’ which is a type of shield like leaf - Florist top tip: give these as a plant so someone special can enjoy them blooming again and again.

Upside down leaves and jewel like flowers on long stems that have a long vase life - Season: summer - Fun fact: despite the name the Peruvian Lily isn’t a lily at all, it just looks a bit like one - Florist top tip: refresh their water every few days and alstroemeria will just keep going. 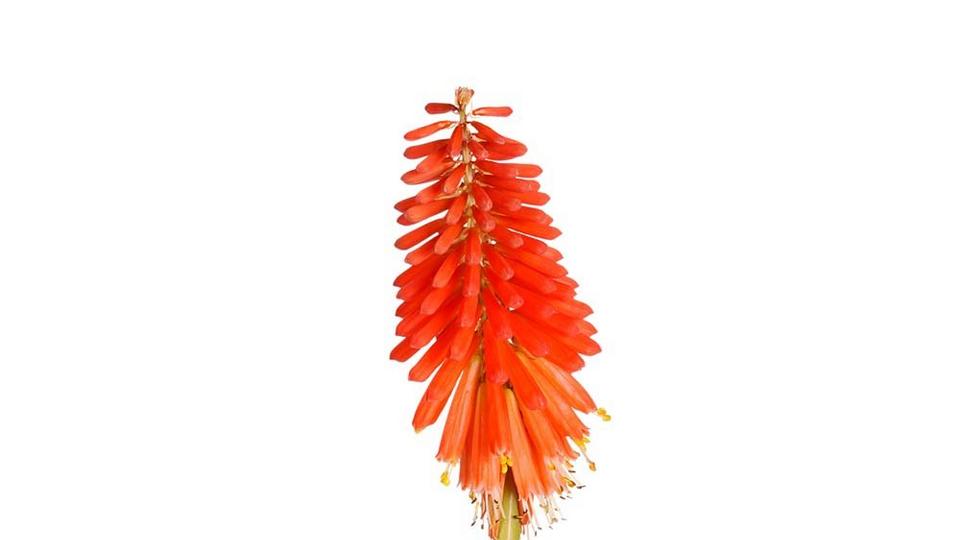 A dense cluster of tubular flowers, these colourful flowers are perfect for autumn - Season: spring through to late autumn - Fun fact: they’re also known as the torch lily - Florist top tip: leave these fiery beauties in the ground, they look spectacular in gardens. 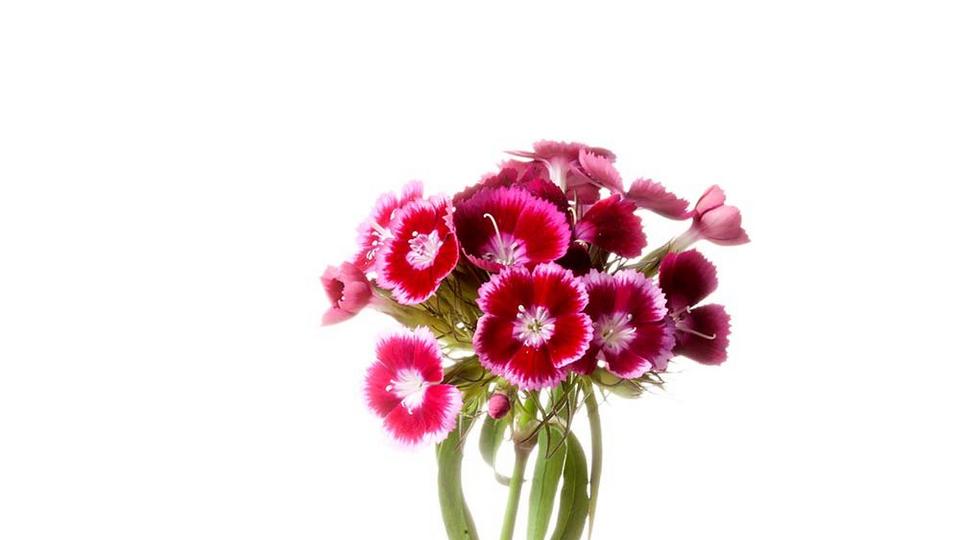 Showy flowers that grow in tight clusters, these red flowers grow paler towards the outside - Season: late spring through to summer - Fun fact: Sweet Williams can symbolise gallantry - Florist top tip: refresh their water and keep the vase out of the sun and Sweet Williams should last well over a week as cut flowers.

Solitary, daisy life flowers adding a crimson touch to an autumn arrangement - Season: summer through to autumn - Fun fact: the more you cut Zinnia’s the more they come back. Nature is magical sometimes! - Florist top tip: Zinnia's need lots of water, so make sure you water them weekly at the roots during dry periods 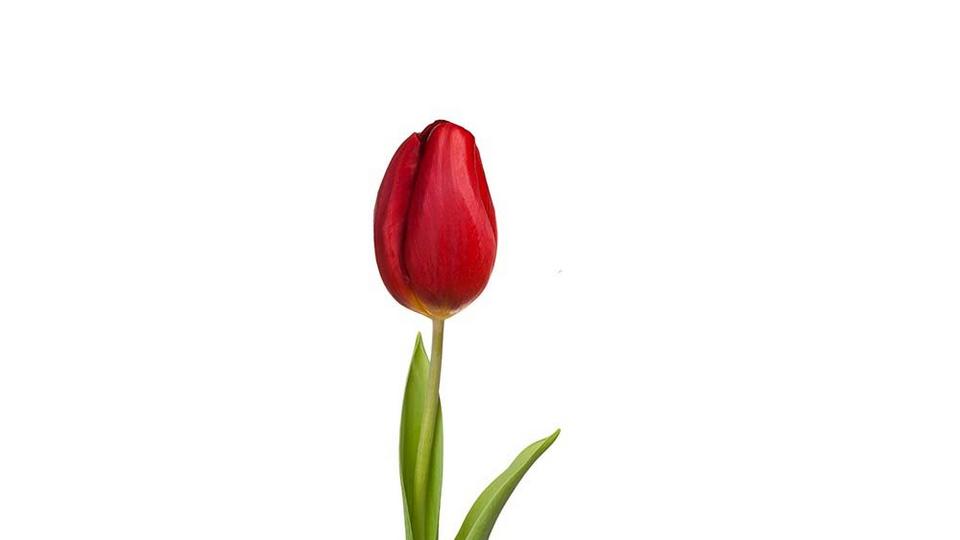 Single-cut shapes flowers that edge the roads in spring - Season: spring - Fun fact: the world’s largest tulip grower, the Netherlands, has an annual Tulip Day to celebrate the start of tulip season - Florist top tip: stick with one colour of tulips (red is a great one) to make for a really striking display. 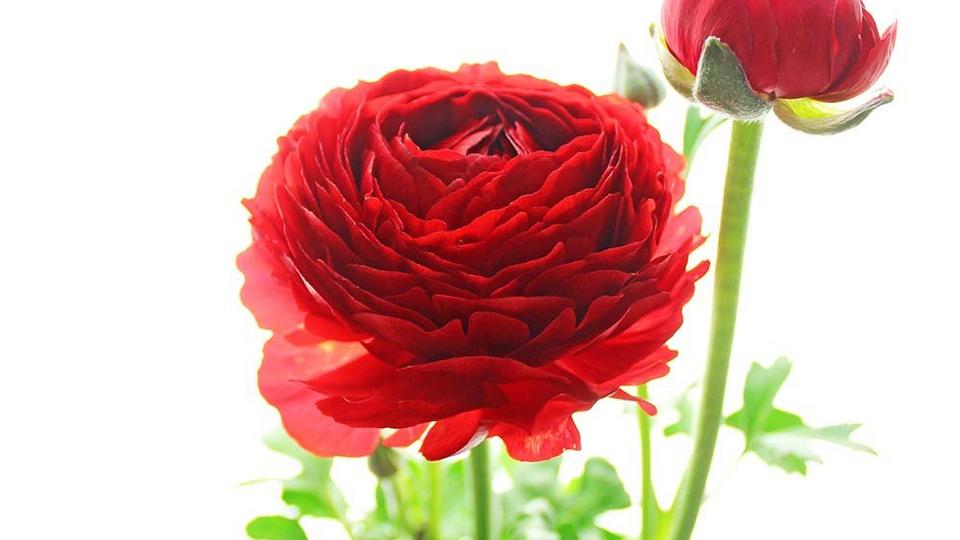 Part of the buttercup family, these large headed rose-like flowers add a touch of beauty - Season: spring - Fun fact: the name means little frog, perhaps because the bloom grows by streams in the wild - Florist top tip: treat this bloom well and it should last a really long time in the vase.

We hope you found our all-you-need-to-know guide to red flowers handy. Our florists are red-y and waiting to fill their home with scarlet, burgundy and vermillion blooms, so don’t forget when you order a bouquet you can put in a special request for any colours or flowers you’d love them to enjoy, and they’ll do their best to help.

Send them a bouquet of red flowers