Coming to the UK for the first time ever since 1972! 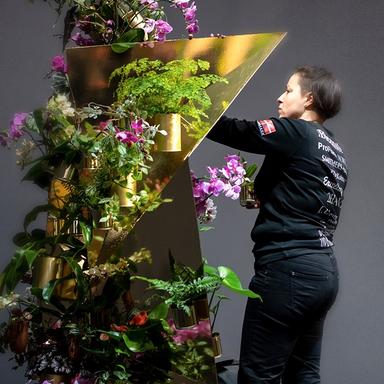 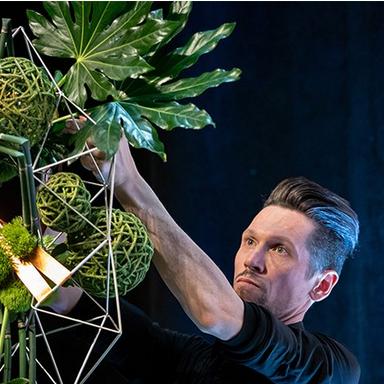 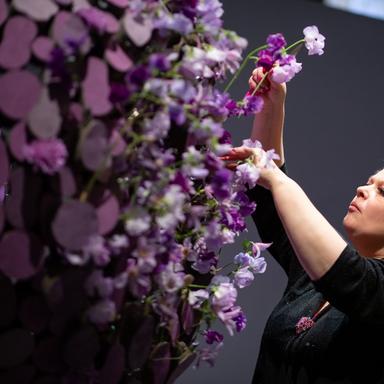 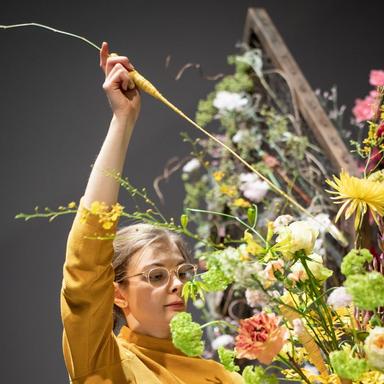 A once in a lifetime experience to witness award-winning floristry.

Every four years, since 1972, the best of the best florists from around the world compete in a major international city to win the conveted title of Interflora World Champion. This event is not only about beautiful, stunning floristry and amazing personalities and skills, this is an event like no other, a great day out with lots of opportunities to get involved and to be entertained. Our Floral Street themed event will be a unique and rewarding experience with so much to do and see, a quintessentially British day out.

We are so proud to be hosting the World Cup for the first time ever in the UK in Manchester at the iconic International Manchester Central Convention Centre in what is also our centenary year.

What is the Interflora World Cup?

The Interflora World Cup is an international competition showcasing award-winning floral designers from all around the world. Each designer is at the top of their game, putting their skills to the ultimate test for a chance to raise the World Cup 2023 trophy.
This is a once in a lifetime opportunity to come and watch some of the world's best floral designers - a chance to learn, to be inspired and to delight in the power of flowers.

Register your interest below and get notified straight away when our tickets go on sale.

Our phenomenal international contestants will go up against the clock (and each other) as they create stunning pieces of floral art, the formalities will be overseen by Florint International. 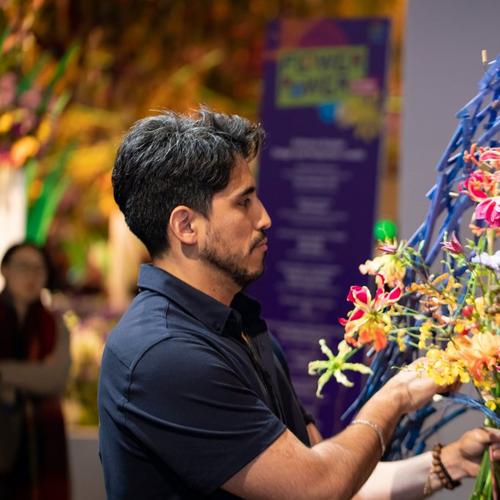 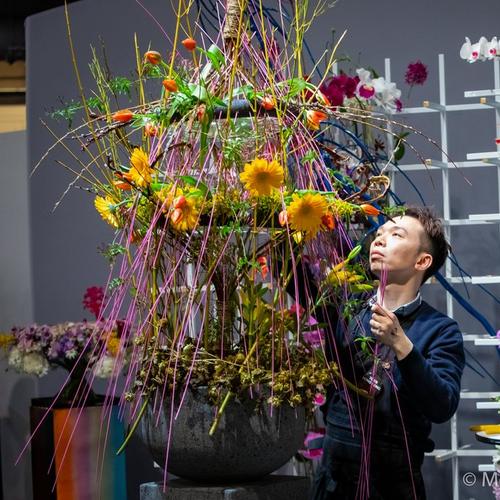 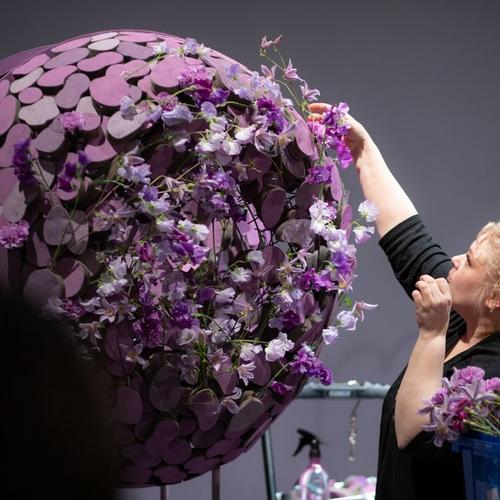 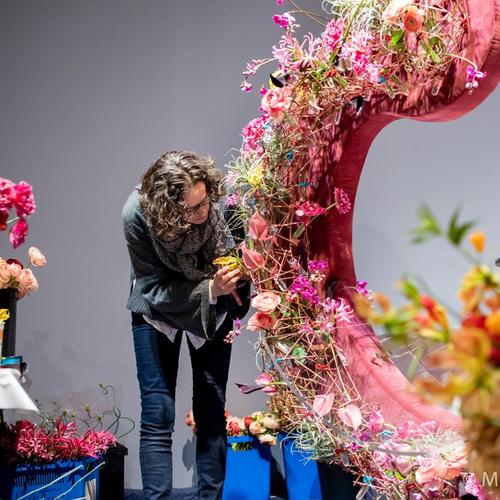 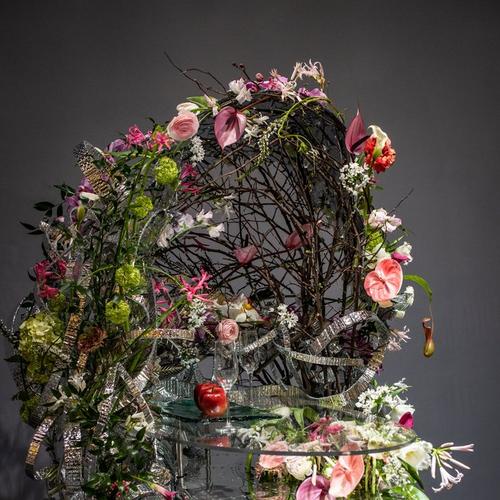 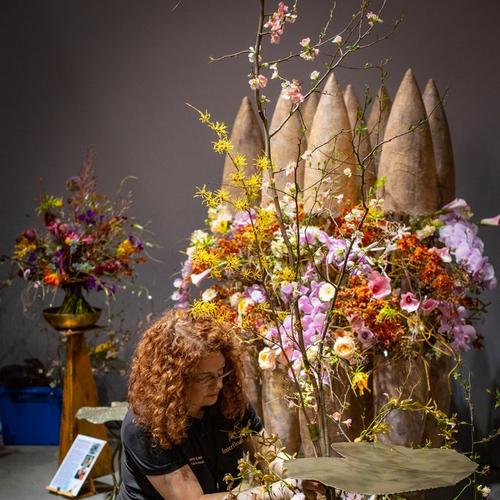 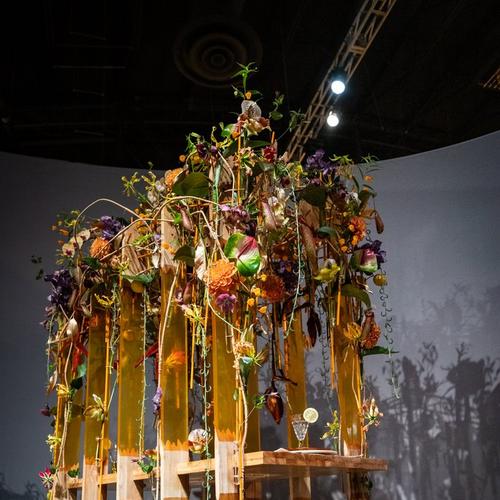 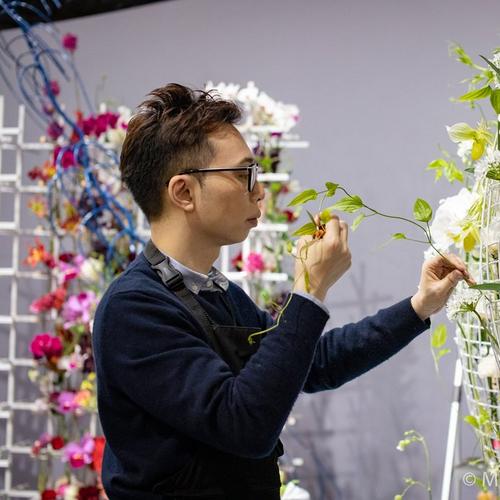 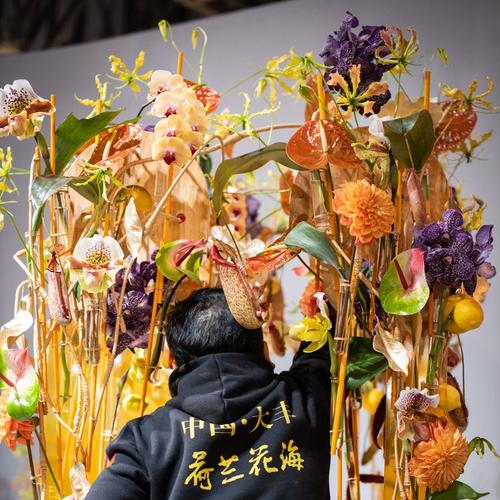 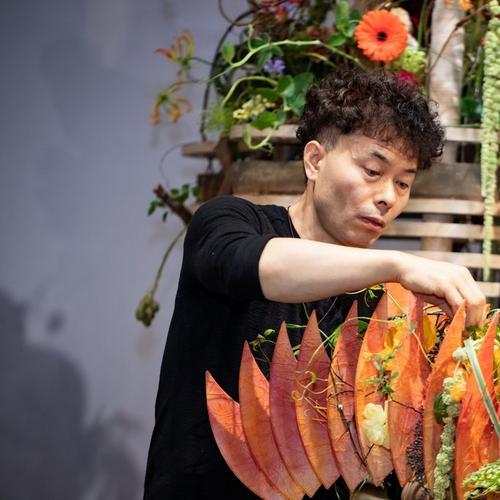 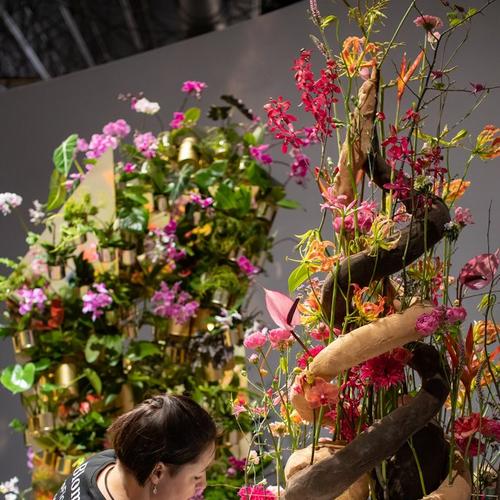 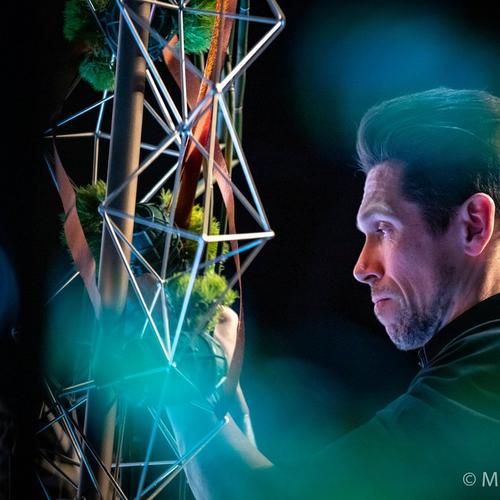 A great day out

In addition to watching world class floristry, you will also get the opportunity to experience 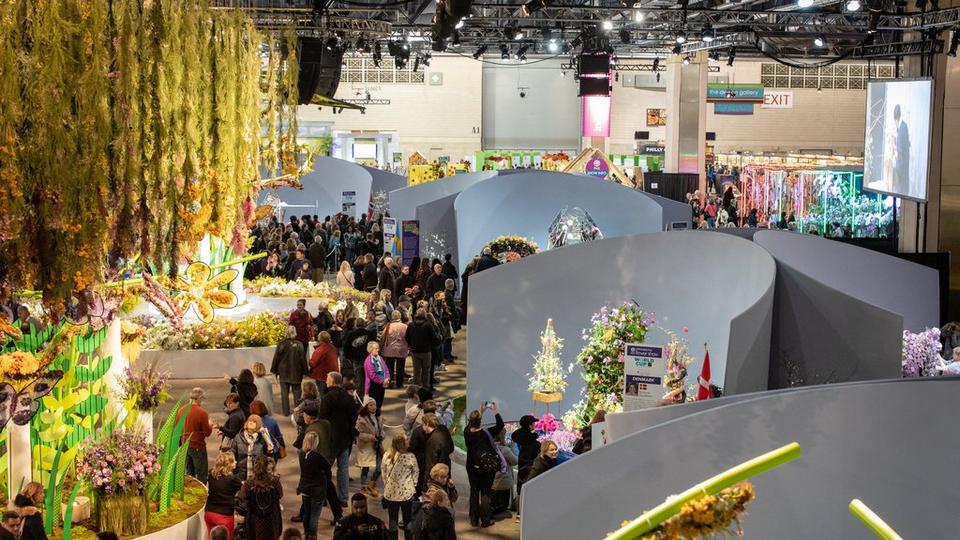 In addition to the competition, we'll have inspiring workshops, beautiful stalls, creation zones, educational talks and demonstrations making it a fun experience for all. 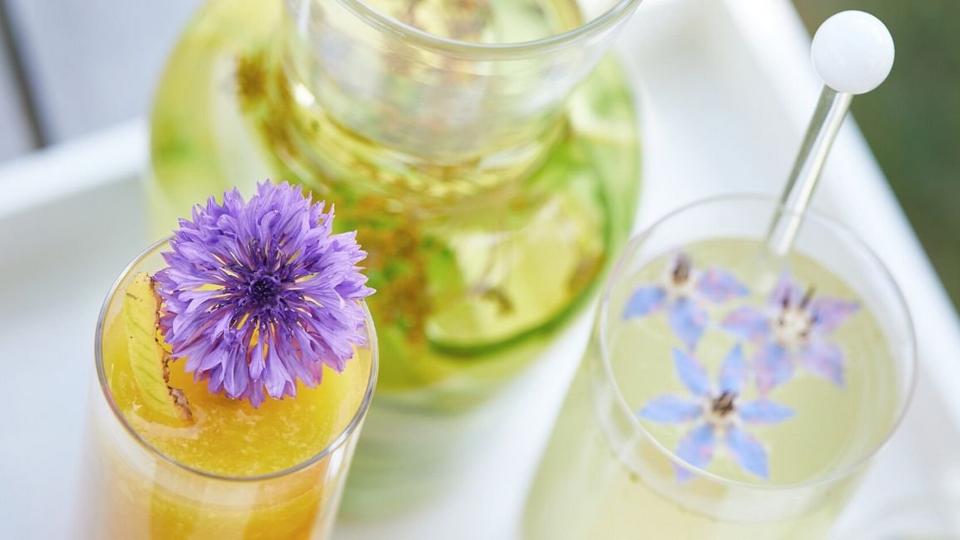 No one can resist the power of flowers, so we’re expecting a few famous visitors. And of course the gin bar will be open for a cheeky glass or two! 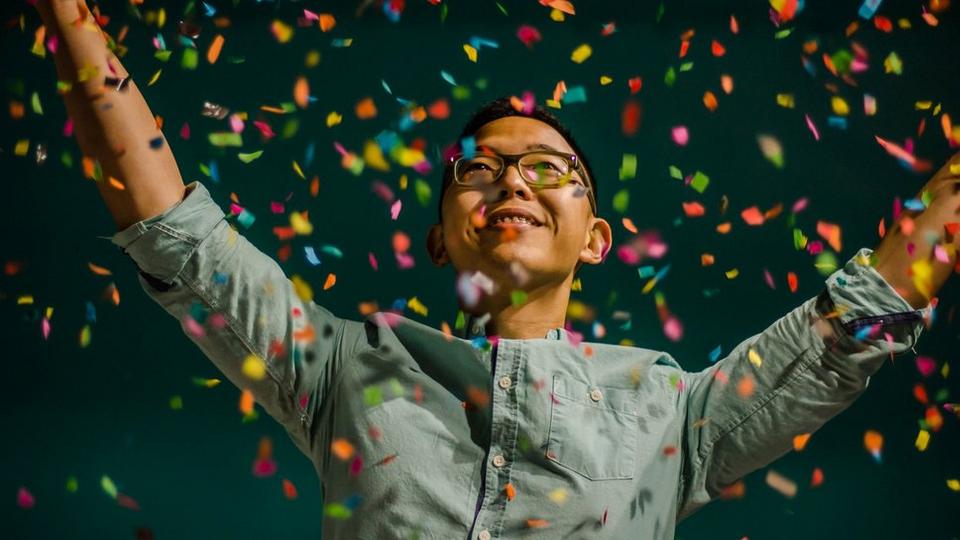 As if the excitement of the World Cup wasn’t enough, Interflora is going to be turning 100 in 2023! We’ll be marking this huge milestone at the event in style.

How does the competition work?

The competition runs over three days with six heats in total spread across Thursday, Friday and Saturday. The semi-final takes place on Friday evening and the grand final on Saturday evening.

Competitors will be given specific tasks to create under strict time conditions. They’ll get to know about some of them in advance so that they have time to prepare but they’ll also be given surprise tasks that require speed of thought and interpretation. This is where the drama and suspense really unfolds!

The theme to the overall competition pieces created will revolve around ‘our natural world’ where the competitors will be required to demonstrate their interpretation and respect for our planet focusing on a sustainable ethos and utilising our planets natural elements. Each unique design will celebrate our inspiring natural world and showcase the respect florists have for nature and the environment. The specific briefs are kept under wraps at the moment to keep the competitors on their toes!

Don't want to miss out?

Be the first to know when tickets go on sale.

Don’t panic. We’ll be livestreaming the event every day across each stage of the competition.
Meet the very talented Elizabeth Newcombe, our UK & Ireland World Cup Representative who absolutely wowed the judges previously with her skill and creativity when she won the Florist of the Year Competition.

Want to know how she's feeling ahead of competing in the World Cup next September?

Why have we chosen to host the event in Manchester?

Manchester is a vibrant city of history and culture in the northwest of England and Manchester Central is the perfect location for our event, it’s been at the heart of city life for over 140 years. Once known as a frenzied hub of production in the Industrial Revolution, the city is now better known for football, food and music. It’s of course home to two legendary football teams with fans across the globe: Manchester City and Manchester United. It’s produced musical stars too including Oasis, The Smiths and Take That. And just in case those claims to fame weren’t enough it boasts the UK’s longest running soap, Coronation Street, too!

Mancunian delicacies include Vimto, black pudding, and Eccles cakes. All definitely worth a try, although maybe not at the same time.

With its industrial heritage, Manchester has adopted the symbol of the ‘worker bee’, so keep your eyes out for bees – they’re all over the city, in everything from street art to sculptures. The worker bee is a beautiful reminder not only of the city’s work ethic, but the ability of its residents to pull together. And handily for us bees are pretty vital for blooms too.

Behind the scenes of the World Cup, ambassadors, floral designers and volunteers keep the competition running smoothly, from looking after competitors to helping set up the venue. We'd love florists, designers, freelancers, growers and students to come and be part of the team for competition week, which starts Monday 4th September 2023.

If this is something you are interested in or you would just like to find out more information in general about the event, please email: worldcup@interflora.co.uk