One of the most popular flowers in the world, the striking, instantly recognisable iris is a truly remarkable bloom sure to make a statement in any setting. Named after the ancient Greek goddess of the rainbow, the iris comes in a stunning array of vibrant colours – perfect for brightening up indoor and outdoor spaces.

The rugged appearance of the iris flower and its unusual sword-shaped petals mean it’ll stand out in any bouquet, even alongside favourites like chrysanthemums and carnations, making it the ideal addition to a statement bouquet. And it’s not all for show either. This spring and summer favourite is more than just a burst of colour. The roots of some species have even been used in perfumes, toothpaste and medicine throughout history.

In this guide, we take a closer look at iris flowers, including how to care for them, the different varieties of iris flower available and the symbolism attached to this wonderful bloom.

As with many other flowers, the iris’ meaning can vary depending on the variety and colour of the flower. However, generally speaking, it is seen to represent faith, hope and wisdom. As the gentle petals strengthen in warmer weather, they also symbolise the start of spring and new beginnings. 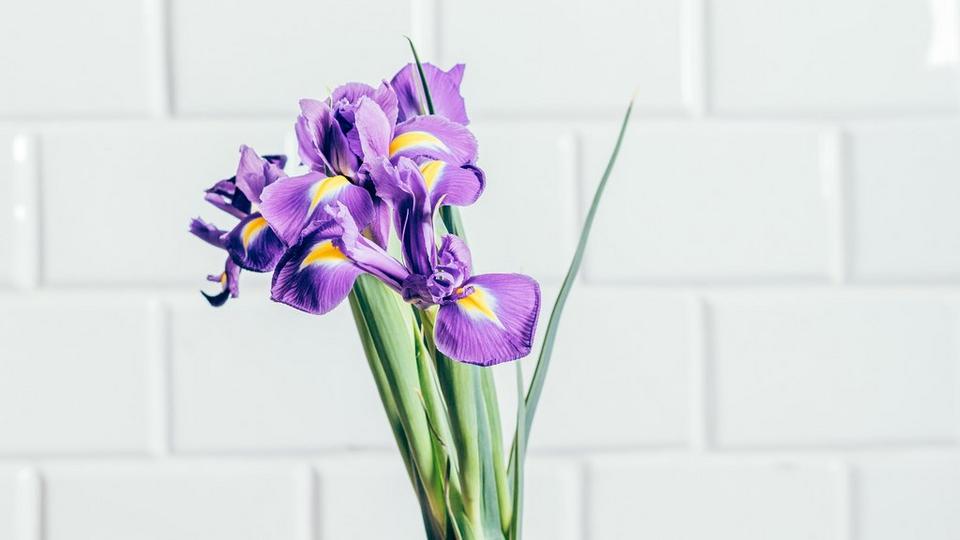 Purple irises symbolise wisdom, dignity and respect. The colour purple is historically associated with royalty, largely thanks to the fact it was an expensive and rare colour of dye. The purple iris flower is suitable as a gift or decoration for any occasion, but is especially popular for birthdays and anniversaries. 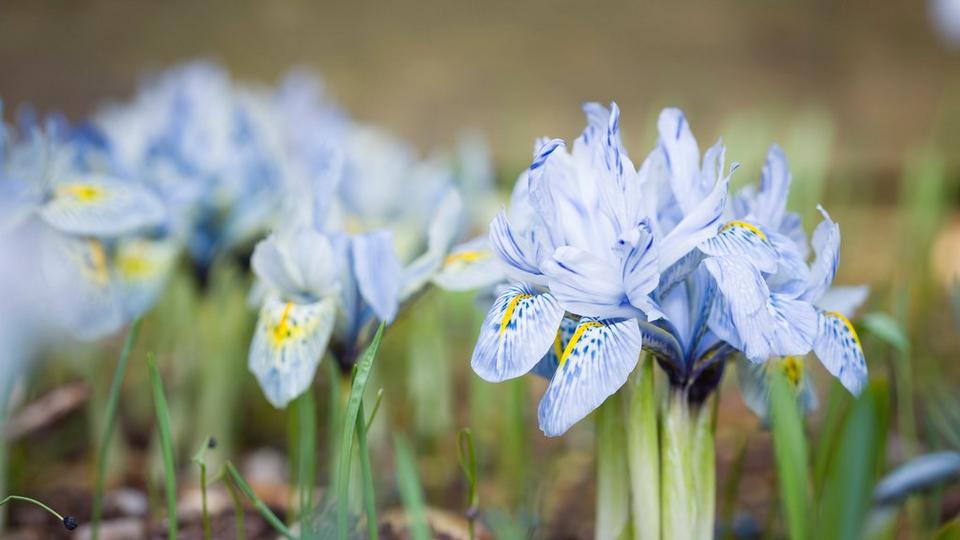 Blue irises represent faith and hope. While blue is often associated with grief, the blue iris flower symbolises optimism and new beginnings. Blue irises also appear in religious settings in certain traditions across the globe. These beauties can be great gifts for a graduation or a new job. 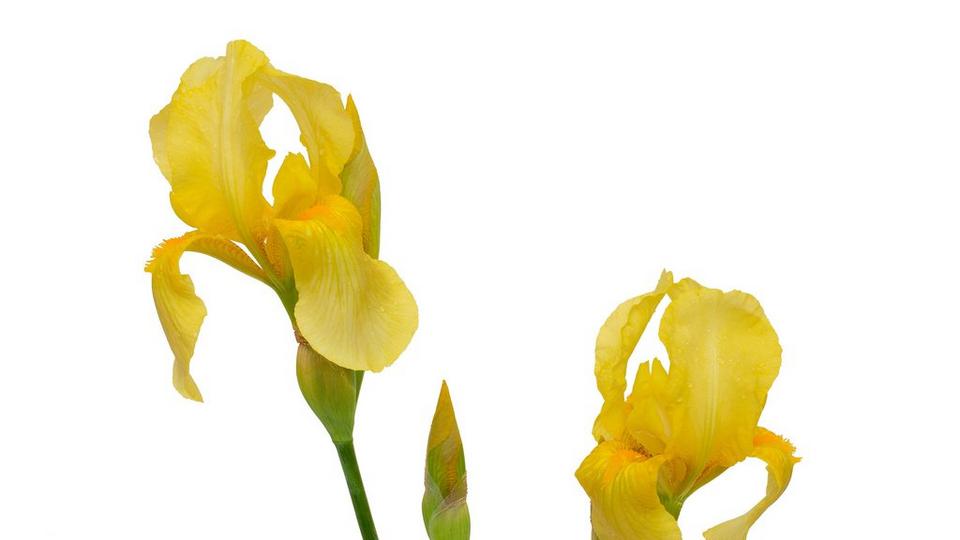 White irises represent purity and compassion. These eye-catching buds are often gifted as a bridal flower or for a bereavement. Commonly seen as a blank slate for new beginnings, white iris flowers are also used to welcome a new baby to the world. 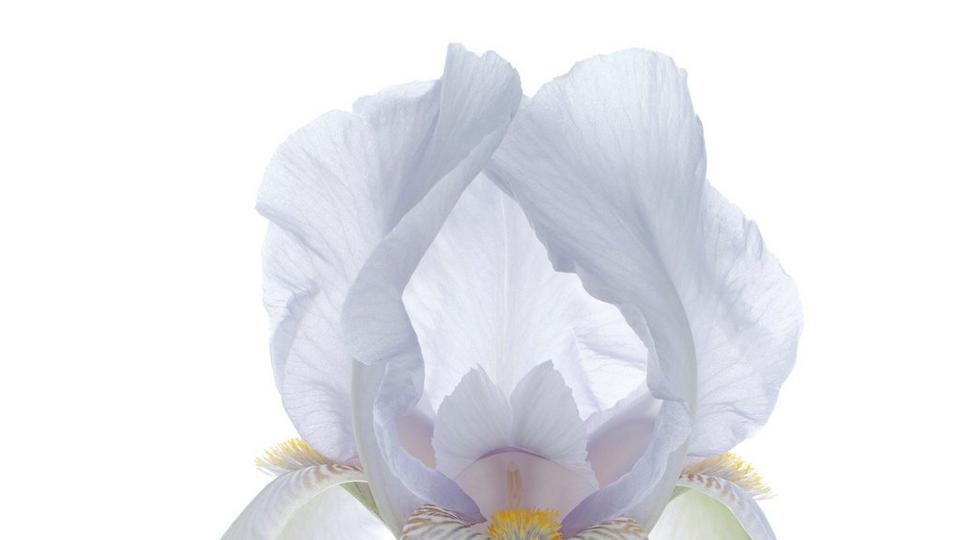 White irises represent purity and compassion. These eye-catching buds are often gifted as a bridal flower or for a bereavement. Commonly seen as a blank slate for new beginnings, white iris flowers are also used to welcome a new baby to the world.

Irises are popular across the world, which means they’ve long held different meanings to different cultures. These include:

Ancient Greek – In Greek mythology, Iris was the messenger of the Gods who communicated via a rainbow – the passage between Heaven and Earth. This is why the iris flower is said to mean communication. The Greek word eiris means “messenger”, from which the flower gets its name.

France – While fleur-de-lis directly translates to “lily flower”, the decorative symbol used by French royalty is actually inspired by the yellow iris flower. During the Middle Ages, the fleur-de-lis appeared on the monarchy’s coat of arms, coins and shields. It’s quite fitting too, as this stunning bloom represents victory, courage and power.

China – In China, iris flowers symbolise spring, vitality, and change. The Chinese sometimes refer to the iris as a butterfly due to its wing-like petals. In Ancient China, the iris flower was seen as a protector and people would place irises in their homes to keep negative energies at bay.

Egypt – Throughout history in Egypt, irises have been seen as a symbol of protection and power. To protect pharaohs as they entered the afterlife, ancient Egyptians placed these delicate flowers on their tombs, which was also seen as a way to pay their respects.

Iris flowers are some of the most eye-catching and beautiful blooms around, but they’re more than just delightful to look at. These radiant blossoms are steeped in history and revered for their useful properties that transcend cultures and generations.

All the colours of the rainbow… except one

Fitting thanks to its naming after the Greek messenger of the gods, the iris flower comes in all colours of the rainbow – except for red. That means no matter the occasion, you’re sure to find a stunning shade of iris to lift a bouquet or setting.

Irises symbolise strength, courage and admiration, and are believed to represent a strong, bright relationship. This makes them the perfect present for a 25th wedding anniversary. Gift these beautiful flowers to a couple to celebrate their long-lasting love for each other.

The iris is the state flower of Tennessee

The purple iris is most famously known as the Tennessee state flower. Proud Tennessee gardeners regularly form borders in their gardens using irises to show their love for their state.

While we commonly associate irises with the colour purple, these flowers come in as many as 250 varieties, which means there are a whole spectrum of vibrant colours to choose from. Striking colours of iris include blue, purple, yellow, white, pink, orange, brown and even black. 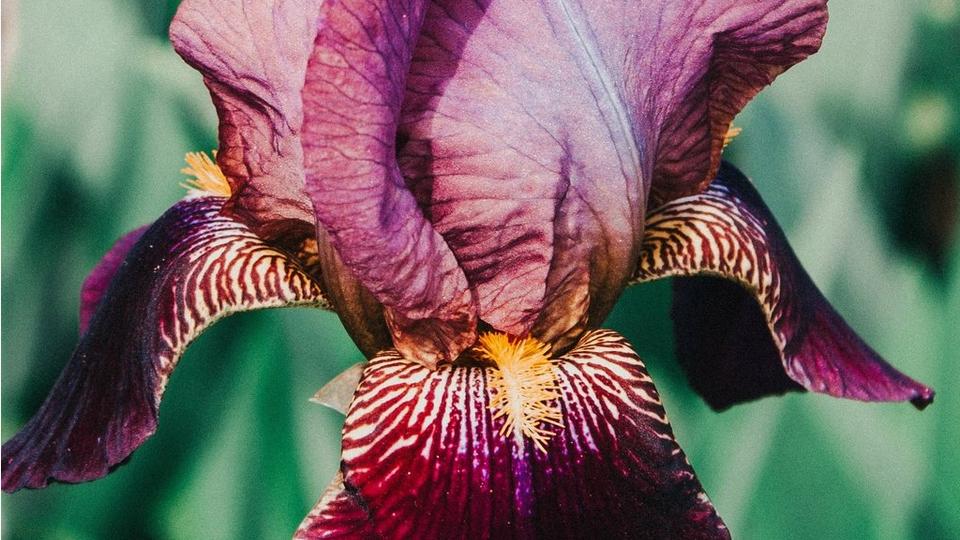 The bearded iris flower bears sword-shaped foliage, with, as the name suggests, petals resembling a beard. Each bloom consists of large outer and inner petals known as ruffs and falls. Bearded irises – like early light, bumblebee deelite and raspberry blush – make a wonderful addition to sunny borders and summery bouquets. 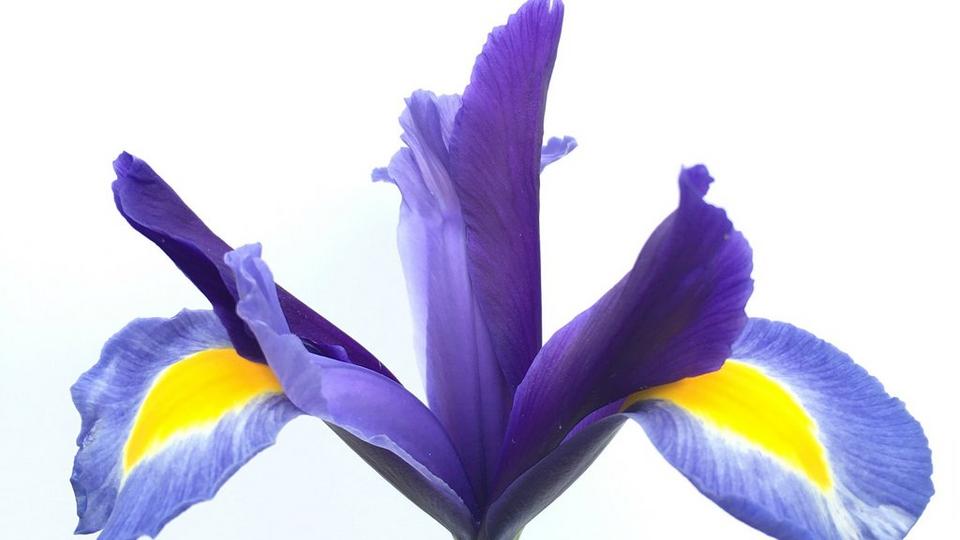 These beauties have three delicate lower petals that are smoother than their bearded counterpart. Beardless irises have an upright form with strappy foliage and dense roots. The most common types are the Siberian, Japanese and Dutch iris. 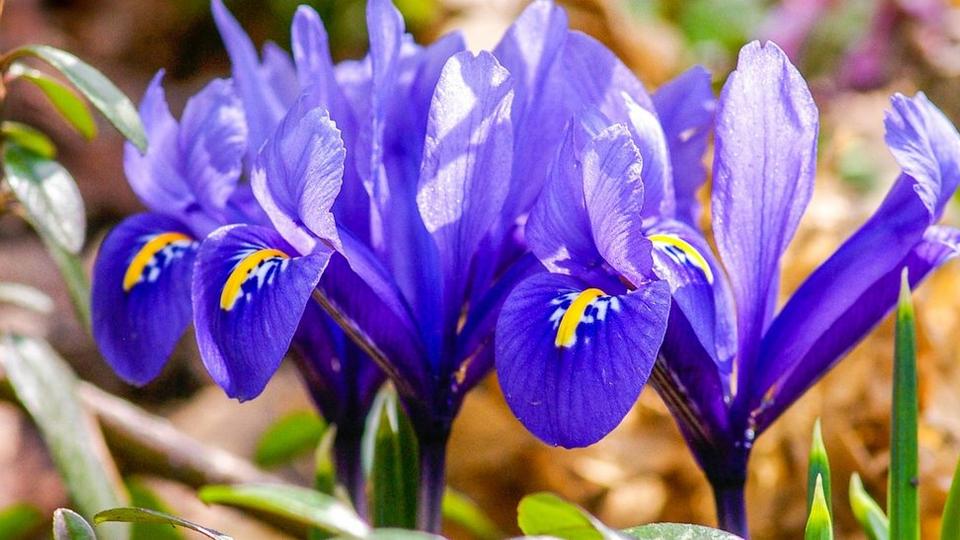 Unlike the beardless iris, the crested iris flower has three lower petals and is smaller in size – growing to about 2.5-4.5cm. These boast pale lavender flowers with a white patch and orange or yellow crest – perfect colours for the garden during the summer months. 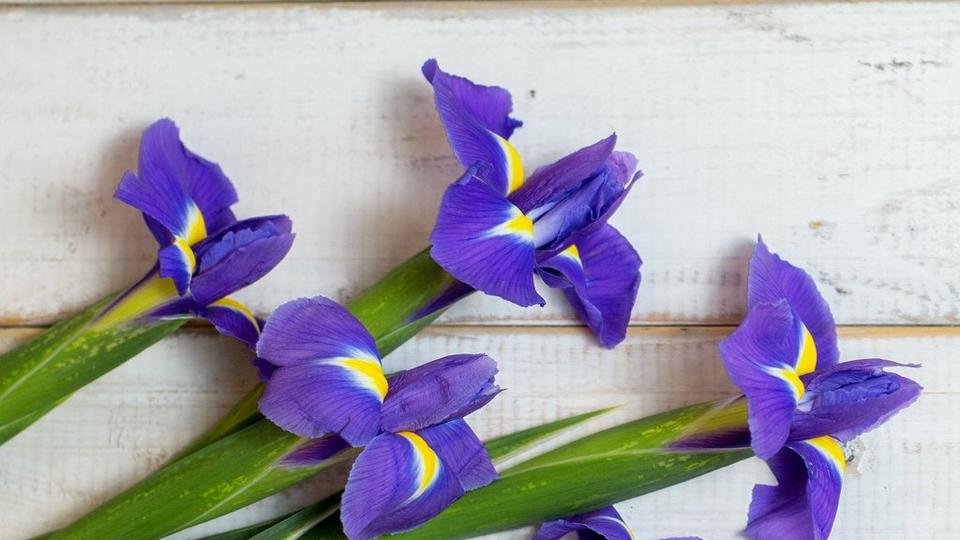 As the name suggests these irises grow from bulbs and are smaller than their rhizome counterparts. They most commonly come from Europe and are classified as Dutch, Spanish and English irises. They are popular with florists because they produce fragrant, showy flowers.

Uses and occasions for iris flowers

The sheer beauty of the iris flower is unmatched, so it makes sense that these blossoms are as versatile as they are stunning.

Whether you’ve been gifted a stunning bouquet or have just bought a bunch of irises to brighten up the home, you’ll want them to last as long as possible. Here’s how to get the most from your iris flowers with the right care:

Now you know all about this captivating bloom, why not incorporate it into your floral arrangements and bouquets? Check out our range of flowers and make someone’s day, no matter the occasion.

Iris FAQs
What do iris bulbs look like?
chevron_right

Iris bulbs are often referred to as rhizomes, and they look like long, thin potatoes with roots attached.

When do iris flowers bloom?
chevron_right

Irises are hardy perennial flowers that will come back each year. They flower any time from late winter to early spring, giving your garden an early pop of colour that symbolises the start of the warmer weather.

When are iris flowers available?
chevron_right

Iris flowers are in season from April to June and cut iris flowers can be obtained all year. Take care when using irises in warmer months because they don’t last as long in the heat.

How do I plant irises?
chevron_right

Irises are the perfect addition to any garden. These hardy plants attract butterflies and hummingbirds and will come back every year for you to enjoy. You can also plant irises in pots and keep them indoors. Just make sure you place them on a sunny windowsill to give them the best chance of lasting longer.